At the time this editorial is being written, President Cyril Ramaphosa is announcing extraordinary measures to combat the spread of the COVID-19 virus. A 21-day lockdown that affects all has been declared and we face a bleak immediate future with economic and personal consequences that we cannot possibly fathom. 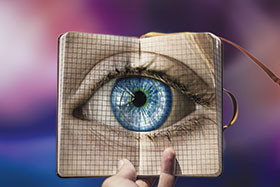 But the saga of COVID-19 did not have its origin when the President of South Africa delivered his speech to the nation. It first came to light through social media reports regarding an outbreak of a virulent strain of the flu in an obscure city in China very few even knew existed and even fewer could point out on a map. Not many reading this article would have thought much of it, as such scaremongering or fake news reports are a daily occurrence on social media websites. Except it wasn’t fake news and today the pandemic affects each and every person on the planet.

What has been a mainstay from the very first reports from Wuhan until today is the amount of misinformation, fearmongering and sensationalism surrounding the outbreak. Initial communication from authorities about the COVID-19 virus was, at best, lacking in substance. Fuelled by the misinformation, scaremongering and outright fake news from social media as well as the sensationalism that drives the modern mainstream media machine, a panic ensued never before experienced in our lifetime.

This panic had a negative effect on every industry in the country, some more than others. And as the number of infected – and the death toll – rose worldwide, the panic increased exponentially.

Early on, responsible governments and healthcare authorities indicated that washing your hands with soap and water regularly, not touching your face, coughing into the crook of your arm, not socialising unnecessarily, self-isolation and staying out of large crowds or crowded spaces was the best preventive measures currently available. Yet the panic increased and for some illogical reason there was panic buying and hoarding of toilet paper, face masks and hand sanitiser.

Those that are informed know that these items do little or nothing in halting the spread of the virus.

People suddenly did not want to have contact with everyday items that held minimal threat of exposure to the virus, yet they did not adhere to the reasonable and logical guidelines governments and health authorities had provided. This was noticeable in the biometric and access control industry as well.

We suddenly became inundated with requests for proximity access cards as employees and users did not want to place their fingers on the fingerprint platen for fear of getting infected due to the common contact point it represented. Yet these same users had no issue in touching the door handle of the same door that the biometric access control system would have opened for them, this after arriving in a taxi or train filled to the brim with possible carriers while talking on cellular telephones that were exposed to these same air these hordes of possibly infected breathed out.

The lasting effect of this is still to be seen, but the immediate consequence of this is that business entities compromised their security – the same security that had to be increased by installing biometrics in the first instance. Criminals and those that have a desire to subvert the system for whatever reason do not suddenly and magically disappear just because there is a viral epidemic. In the words of Saul Alinsky: “Never let a good crisis go to waste”. And as citizens of a crime ravaged South Africa, we know this to be true.

Biometric vendors – ViRDI especially due to our historical exposure to Japan and their stringent hygiene regulations and culture – have been aware of the threat of transfer of bacterial and viral organisms through contact with the platen of the biometric device and have taken this into account when designing our systems.

ViRDI uses a polished sapphire crystal as this minimises the risk of the bacterial or viral agent surviving contact with the platen. Please note that we are not saying the possibility of transfer does not exist, but as with everything else, we can only minimise risk. Couple this with a few basic, logical and rational procedures and the risk from infection from one of our biometric devices is minimal. Such procedures have been distributed by our helpdesk for quite some time and a list follows below:

• Wash your hands or sanitise before interacting with the biometric device.

• Wash your hands or sanitise after interacting with the biometric device.

• Do not use alcohol-based sanitiser.

o It dries out the skin and makes operation of the biometric device difficult.

o As discussed above, it compromises the skin’s natural defence system.

• Open barriers by using – if possible – your elbows.

• Clean the platen often – do not use detergents, a common wipe down with a rag infused with a common disinfectant will suffice.

• Users and employees should practice and observe safe hygiene practices.

The future of biometrics

The question is what does the future hold for the biometric industry and how will the lasting effects of the COVID-19 pandemic impact on how biometric systems are deployed and used. For a number of years now, most vendors have focused research and development into ‘frictionless’ or ‘touchless’ technologies. Facial and iris recognition is the future – especially considering the current situation. But the question remains – is the market ready to make the leap to these technologies?

Frictionless and touchless technologies are far more expensive than fingerprint technologies simply because of the component technologies, memory capacity and processing required. Since these technologies first arrived, the costs have reduced significantly due to advancements and mass production, and as they become more mainstream the cost will reduce ever more. But as of this moment, the capital investment required to install touchless systems is significantly more than that for fingerprint systems.

These technologies also do not naturally lend themselves to all deployment scenarios. These technologies are based, in part, on optical image technology and lighting conditions. Environmental and practical implementation factors play an enormous role in how effective they are.

Add to this the impact that privacy legislation such as GDPR and PoPIA will have on how biometric data may be used and stored and this leap seems to be in the distant future as companies and state entities try to comply with the requirements.

But ViRDI is ready for the challenge and has released a new range of touchless devices that are either already available or will be released to market in the very near future.